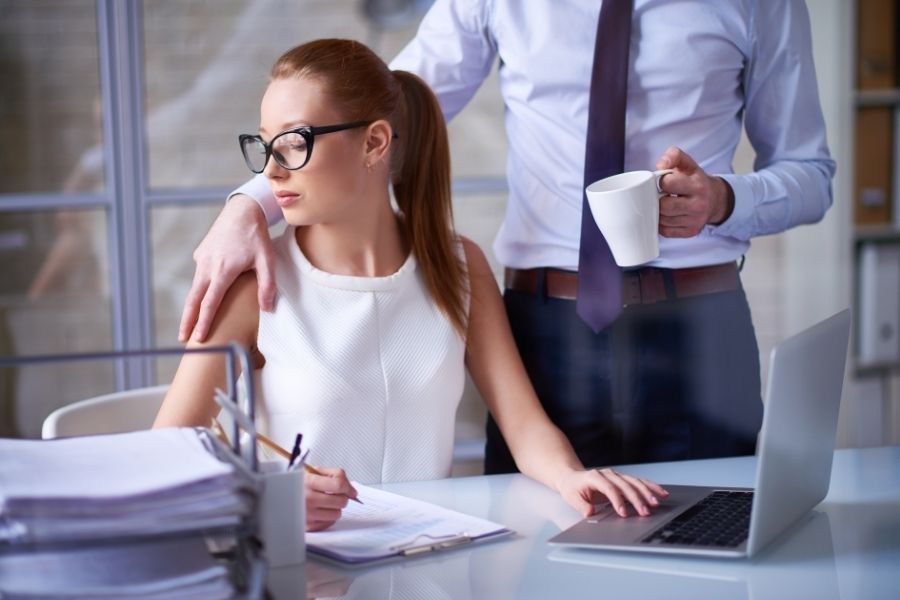 When I was working as a research assistant in Germany in the 90ies, one of my tasks was to help organize conferences. At one of these conferences I meet an economics professor and we had a nice talk. The week after the conference he called me in my office and said that he would like to “intensify our relationship…” WHAT? I asked him to explain himself better and after a lot of beating about the bush he finally let the cat out of the sack (no idea if this German saying is in anyway equivalent in English, but I guess you get the meaning, right?): He wanted to offer me a job as a PhD. candidate with a much better salary and a more interesting degree…under the condition that I would become his lover!

Ouch! I said:” Thank you, no thank you!” and felt kind of weird and drained the rest of the day.

Much later in life and after a few other experiences in male dominance strategies, I started asking around and discovered that also most of my female friends had experienced stories like this and had never shared this with anyone.

Then came #metoo and it became clear that sexual harassment was a much wider phenomenon than most people had thought.

So why is it so difficult so talk about sexual harassment?

You guessed it. The reasons are many, they can be complex, and they are powerful.

This is especially true in cases where the harasser is your boss or up the hierarchy from you. The fear of retaliation if women speak up about sexual harassment is real.

The hidden costs of Sexual harassment

Sexual harassment is harmful not only to women, but also to men and to organizations. A company were sexual harassment is tolerated, is usually not a very nice and supportive place to work for anyone. According to some studies sexual harassment is most frequent in companies that are male dominated, hyper competitive and forgiving when it comes to bad behavior (https://www.theatlantic.com/business/archive/2017/11/organizations-sexual-harassment/546707/). Do you want to work there? I wouldn’t!

But even without public exposure the hidden cost of sexual harassment should not be underestimated: the victim(s) (yes, usually, if there is a hostile environment in a company, you will find more than one case) will often be less