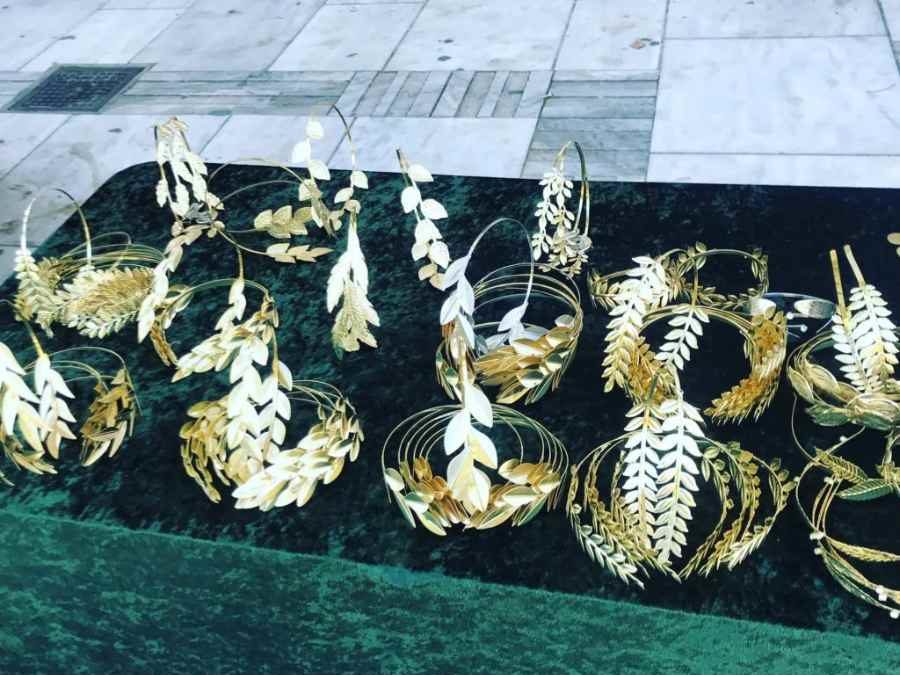 I recently went to a conference in Athens and gave a keynote speech about how women can defend themselves from micro aggressions, exclusion and discrimination in the workplace.https://bettinapalazzo.com/en/palazzo-talks-en/

One of the tools for effective self-defense, I am suggesting is “feminist fight club scripting” (wording inspired by Jessica Bennett’s best-selling book https://www.feministfightclub.com/the-book  ).

The idea is simple, but powerful: Having smart and cool phrases ready whenever you happen to get under macho pressure.

Being ignored, undermined or even attacked as a woman in a professional context triggers our deepest, darkest and most irrational instincts. Due to this sudden rush of adrenaline over-reacting or freezing can happen easily.

If women become aggressive, they are easily punished by male backlash and are labeled as unlikeable or hysteric.

If women react defensively and just smile and let the undermining situation pass, things will never change or can even get worse.

So how can women navigate this unfair choice between either playing the unlikeable bad girl or the good girl that is not taken seriously?

Fear not, there is a golden middle path: Being well prepared, staying in control and standing one’s ground with calm confidence because you know what to say and how to say it.

Simply having a tool-box full of cool defense sentences ready will make you more resilient to discrimination and micro aggressions, because they do not catch you by surprise, but well prepared and ready.

For example: A classic challenge for women in the workplace is that they are interrupted, ignored or even that their ideas are first ignored and then picked up by a man as his own (It seems to be so common that there even are a words for it: “bropriation”!).

I started to research and collect power sentences like this:

Or let’s say your colleague is hitting on you during a meeting or is making inappropriate comments about sex. Face him, stay calm and say:

Of course, it is essential that you deliver these sentences slowly, with a loud and calm voice, a self-assured body language and then you shut up, give them the icy stare and move on immediately.

After the Athens conference I went to the Acropolis museum. An amazing experience!

But the most incredible surprise did not come from the unique architecture or the breathtakingly beautiful sculptures and artifacts that you can see there, but from a young American woman, that I overheard.

She was visiting the museum with her family and I heard her share her thoughts about this horse sculpture with her father:

“What do you think the artist felt after he finished this amazing piece?”

Her father had obviously not listened to her and said: “Did you know that the English stole many pieces form the Acropolis?”

And this wonderful young warrior princess reacted in saying to her father:

Wow, the skies opened, and the angels were singing, I had witnessed an epiphany (= unexpected and surprising revelation).

I was deeply impressed. What a powerful sentence!

This young woman did not accept that her father just did not react to her passionate and smart statement about the sculpture and went off to his own ego trip. He probably did not have evil intentions and had not even noticed that he behaved disrespectful and not appreciative to his daughter’s interesting thoughts.

Like this father most men in professional contexts, too, are often unaware of how they brush women off.

He just had not listened to his daughter and she called him out on it with courage and confidence without making a big drama out of it.

She was not aggressive, but she stood her ground and communicated that it was not acceptable that her father did not validate her comment. The genius of this reaction lies also in the fact, that it increases the chances of being really heard and understood. That way speaking-up against male arrogance can be turned into an opportunity for change.

Because, let’s face it, no man thinks he might be discriminating or ignoring women. We know that from research on ethical behavior: Most of us are convinced that we are morally good people and if somebody tells us that we are not, we instantly become defensive. This phenomenon is called “moral identity threat”. It you want to initiate changes in behavior and not put people off by making them defensive, you have to avoid this “moral identity threat”.

The reaction of our amazing unknown warrior princess was achieving all of this to perfection. I was deeply impressed. There is hope if we are raising a new female generation like this!

What are your feminist fight club scripts?

Please share them in the comments and let’s kick off the creation of a collective toolkit!